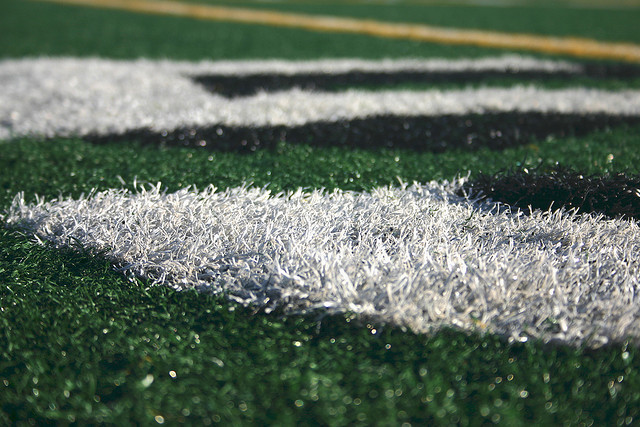 1:23 pm on Saturday November 3, 2012 | Posted by
Chants prevail in back and forth with Gardner Webb

Boiling Springs, NC— In a back and forth battle between Coastal Carolina University and Gardner Webb University, the Chanticleers were able prevail in the in the fourth quarter by a score of 55-33.

The star of the ball game was red shirt freshman Alex Ross who was very impressive in his first career start; passing for 342-yards, 20-yards shy of Zach MacDowall’s single-game record of 382-yard performance versus Western Illinois in 2010. Ross also tacked on 62-yards rushing and three touchdowns in his debut. After the game Ryan Borawski of the Chanticleer Sports Network caught up with Ross, “I prepare every week like I am going to start just incase anything happens to Aramis. I wasn’t sure if he was going to make a game time decision so I just prepared all week to start and I got that opportunity and we just came out and executed as an offense.”

The first half provided plenty of headaches in the kicking game for the Chants as Alex Catron missed two point-after-touchdowns after going 26-26 in the season. Catron also kicked a kickoff out of bounds resulting in a penalty. With a few seconds left in the half Grant Clayton missed a 39-yard field goal wide left. A high note for the special teams came when Johnny Hartsfield blocked the PAT. At the half the two teams combined for 666 total yards on the way to 47-points.

Coastal’s first drive of the second half started on their own half-yard line. In his own end zone Alex Ross connected with Matt Hazel brining the Chants to their 19-yard lone. In following play Ross hooked up with Mastromatteo who made a couple defenders miss and took it to the house for an 81-yard touchdown, Mastromatteo’s second of the day. This was good for the longest play and longest drive in Coastal Carolina history. “I think (Ross) stepped in and he did a good job, better than anyone could have asked,” Mastromatteo added about Ross’s performance.

Kenny Little led the Bulldogs on the ground by rushing for 153-yards on 18 attempts on the way to two touchdowns. Wide receiver Kenny Cook hauled in 8 receptions for 119-yards and two touchdowns.

Also, in his first career start, the junior Tyler McCarthy stepped up in the safety position for the injured Richie Sampson. McCarthy dragged down eleven receivers while breaking up several passes.

The Chanticleers now look ahead to Presbyterian (2-7, 0-4) next week at 1:30. The Chants will be also become Liberty’s biggest fan as they host Stony Brook next week as well. A Stony Brook loss will open the playoff door again for Coastal Carolina.