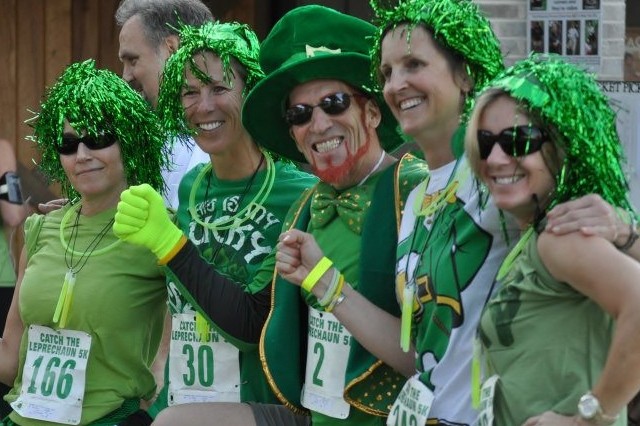 Charleston, S.C. – March 6, 2012 – If you head towards the end of the Cooper River Bridge next Thursday night, you might find the Leprechaun’s fortune there waiting for you.  On March 14, Catch the Leprechaun 5K participants will be competing for the mythical man’s pot of gold at the race that is bringing residents of the Lowcountry together to celebrate St. Patrick’s Day.

"We want the community to step away from their televisions to spend the night outside, having fun, and getting some exercise,” said Race Director Mike McKenna.  “We tried to add some excitement to the race by creating a festive atmosphere.  We hope this will appeal to all the new runners and it will encourage them to make running part of their routine.”

The race organizers were feeling lucky this year.  As an incentive to get people to come to the race, they added more cash and prizes.  The fundraiser for Pattison’s Academy increased the prize money this year to encourage the area’s top runners to enter, but it is also introducing prizes that even a turtle with a limp can win. For the first time, a pot of gold will be given to the person with the best costume and there will also be a drawing for a class for 5 people at Exhale Pilates.

“We try to cater to the elite runners by focusing on course logistics and operations, but there are some participants who aren’t as concerned with their time as they are with enjoying themselves and supporting a great cause,” added Race Director Larry Schrecker.  “Offering prizes for the casual runner adds to the festive atmosphere.”

The 2013 Catch the Leprechaun is shaping up to be the largest and most competitive field to date.  The race owes much of its success to the support it has received from Cash and Carry, Turnkey Creative, Sertoma Club of Mt Pleasant, Egan’s Spirits, River’s Walk, Greenwood Capital, NBM Construction, Charleston Construction Consultants, Charleston ENT, Awendaw Green, and the Cooper River Bridge Run.  Without them, the event wouldn’t be possible.

To learn more about Catch the Leprechaun, please visit CatchtheLeprechaun5K.com.