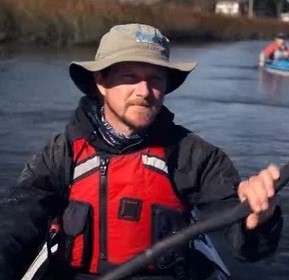 Chris Crolley, a member of the Board of Directors of the South Eastern Wildlife and Environment Education Association (SEWEE Association) and Steward of Coastal Expeditions, will be among 1,200 professionals and citizen conservationists who will hear from Secretary of the Interior Ken Salazar, retired U.S. Coast Guard Admiral Thad Allen, who headed the federal response to the 2010 Deepwater Horizon oil spill, and historian/author Douglas Brinkley at the National Wildlife Refuge System Conserving the Future conference in Madison, WI. The conference will be held July 11–14, when a new vision will be ratified to guide the Refuge System for the next decade.

“Our public lands are part of our national heritage,” stated Crolley. “As we continue to service the mission statement of conservation and environmental stewardship we are taught what it is to consider perpetuity; consistency, education, and relentless stewardship are the only strategies available to us to protect these refuges for future generations.”

The conference—one of the nation’s largest gatherings of conservationists—is the culmination of a months-long, highly transparent process to create a reinvigorated vision for the Refuge System. Over the past six months, Americans submitted more than 10,000 comments to the draft vision, posted online at http://americaswildlife.org, where more information about the vision and the conference is available.

Speakers will also include noted oceanographer Dr. Sylvia Earle; award-winning nature photographer Dewitt Jones, who traveled the globe for National Geographic; MacArthur-winning environmental activist Majora Carter of the Bronx, New York; and Juan Martinez of Los Angeles, with the nonprofit Children & Nature Network and named by National Geographic as one of its Emerging Explorers.

The Refuge System, managed by the U.S. Fish and Wildlife Service, is the nation’s largest network of federal lands and waters dedicated to the protection of wildlife and the habitat on which it depends. The Refuge System is composed of 553 national wildlife refuges spanning about 150 million acres. More than 44 million people visit wildlife refuges each year.

The new vision will help the Refuge System implement the best wildlife conservation practices guided by the latest science. The Refuge System’s new vision recognizes the rapid social and environmental changes that have taken place over the last decade or so.

One idea slated for discussion: to establish an interagency team to improve habitat conservation and the conservation literacy of America, especially among the young.

In 2010 the SEWEE Association impacted over 11,000 students with its education programs, many of them at no cost to participants. In addition the Friends Group is involved in the Loggerhead Sea Turtle Project and assists for caring for the endangered Red Wolves at the Sewee Visitor and Environmental Education Center in Awendaw, SC.

Coastal Expeditions, the company that brings visitors into the Cape Romain NWR via the Bulls Island Ferry, is underwriting a portion of Crolley’s inclusion in this important conference. In addition, Coastal Expeditions is running an exclusive excursion to the North Beach of Bulls Island with special guest Bob Raynor on July 17 to benefit the SEWEE Association. This rarely offered trip brings guests directly to one of the most secluded and pristine beaches in the Lowcountry for shelling, swimming, birding and a chance to reconnect with nature. Other upcoming events include naturalist Rudy Mancke in October and the annual oyster roast in January.

The Conserving the Future conference will also showcase a modern face of the federal government: many conference proceedings will be live-streamed. Texting, mobile communications and social networking will all play essential communications roles.