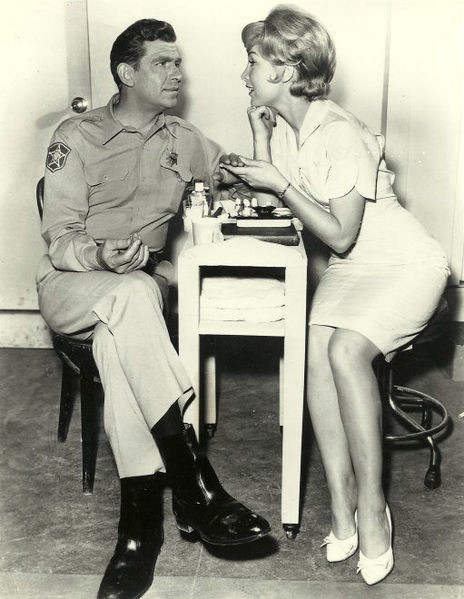 Notes on Quotes-The Andy Griffith Show and Where is Mayberry?

“An actor who never looked like he was acting, a moral compass who saved as many souls as most preachers, and an entertainer who put more smiles on more faces than almost anyone; this was as successful a life as is pretty much possible.” Brad Paisley, in tribute to Andy Griffith

When the news broke that Andy Griffith was buried just five hours after being pronounced dead from a heart attack, most of us were startled. Then word came that he had wanted a small private service with relatives and close friends and, because of his extreme popularity, this required rapid movement. Andy Griffith was a private person.

Andy was also a modest and generous man who was quick to praise fellow actors. According to “The AndyGriffith Story, An Illustrated Biography” by Terry Collins, Andy was originally cast as “the funny one” in the series. It was Andy’s idea to play the straight man, casting Don Knotts as the comically frenzied deputy, Barney Fife. Griffith went on to say in the show’s beginning, “And we’ll be using lots of fine character actors. It’s sort of easy to get too much of me.”

Andy Griffith left behind a considerable impact on American culture. His appeal was extraordinarily universal and by 1970, according to Richard Kelly, a national survey indicated rerun viewer ratings were greater in New York City, Los Angeles and Washington D. C. than in the Raleigh-Durham area. By the time of “The Andy Griffith Show,” which ran from 1960-1968, Griffith had been a star in movies like “A Face in the Crowd’ and, on Broadway, in “No Time for Sergeants,” which would also become a movie. Many successes would follow, such as the television series, “Matlock” but “The Andy Griffith Show” would emerge as his greatest legacy.

Many of us remember the series airing in black and white and then in color. We also remember pondering the questions about the location of Mayberry. Was it Mount Airy, where Griffith grew up? According to Andy Griffith, the show’s setting was originally a generic, “somewhere in the south.” Later, as Griffith began to feel at home on the set of Mayberry, he wanted to give the setting more “heart.” He began to incorporate places from his boyhood, like Siler City, Raleigh and Asheville into the script’s dialogue.

Though Griffith recalls his childhood as happy and his parents wonderful, he remembers being “picked on” in school. Describing himself as, “shy, scraggly and homely,” as well as awkward; he was miserable. One day a classmate played a trick on him that backfired. Andy turned the prank into a joke before a class assembly and discovered his ability to make his classmates laugh. It changed his life at school and forever. His popularity grew and his wit was a match for any further trouble.

Mayberry is a philosophy, a way of life more than a geographical place, which explains its universal appeal. Sherriff Taylor uses honesty, humor and caring for others to solve problems. He is persuasive and influences townspeople to exercise fairness and wisdom and, most importantly, tolerance for human frailties. He leads by example, listening and asking the right questions. The folksy but sage sheriff influences the town to work together.

Mayberry begins with us. In an era our U. S. Congress and other leaders are not able to work together, perhaps sending them an applicable rerun of “The Andy Griffith Show” could help.  Andy always had the greatest fun in Mayberry with ‘know it all, rigid characters.’ He helps bring out the best in all of us.

Andy, we will miss you.

Gordon Mercer is past president and on the Board of Trustees of Pi Gamma Mu International Honor Society and professor emeritus at Western Carolina University. Marcia Gaines Mercer is a published author and columnist. Gordon and Marcia Mercer were married in Charleston and have a place in nearby Garden City.

Just what rock have I been living under??

It's 2016 and I'm now finding out that he died in 2012. I guess his wish of the private and low key exit from this world came true. RIP Andy Griffith.