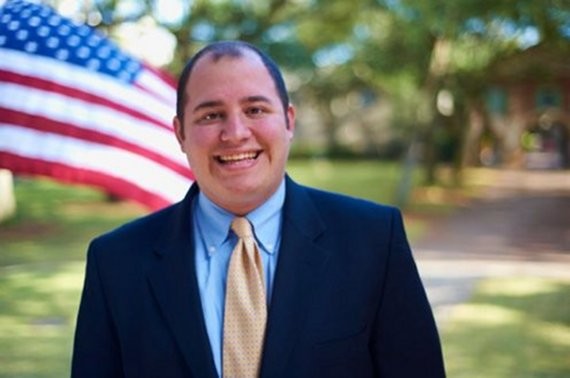 Update 2: In the wake of the impeachment﻿, Ross Kressel has resigned.

Officially it's for unspecified reasons.

In a statement Kressel said, "Effective Friday, I resign as President of the Student Body of the College of Charleston.﻿ ... I am not in the position to discuss this at this moment﻿."

Though Kressel did get a slap of a no-confidence vote from the student Senate.

Late last week, the Student Government Association board decided to pursue Kressel's impeachment and will be holding the official vote this afternoon at 4:30 p.m. If a two-thirds majority votes to give Kressel the boot, it would be the first time in the College's history that a student body president has been removed from office.

So, what's all the fuss about, you ask? Well, under the Twitter handle @CofcPolitico (which has since been disabled) Kressel tweeted some highly offensive and snide remarks about fellow SGA officers and students at the College. The Charleston City Paper's post on the debacle has these quips excerpted from the old account: "Bitchy VP is being bitchy," "Back in the office and the secretary is wearing a blue tooth headset. How do I tell him he looks like a moron nicely?" Other gems include "Just saw big tits freshman, who is now asophomore" and "Sororitute just gave me the bitch glare."

Fellow student, blogger, and SGA presidential hopeful (who lost last year to Kressel) Peter Ruegner﻿ has screen shots of additional @CofCPolitico tweets on his blog. He's also made it his personal mission to file a Freedom of Information Act request to see if Kressel was tweeting about boobs, bitch stares and other things while on the job﻿. Because believe it or not, as student body prez, Kressel receives $13.50 an hour.

In response to the news of impeachment going public, Kressel prepared this statement for the College of Charleston's George Street Observer: "My actions in this case were unprofessional, inappropriate and misguided and I sincerely do apologize and have begun work towards repairing the damage from my actions. With all that being said, I view the content of these tweets as a private matter."

And therein lies the heart of the matter. Were these tweets private? Does this reflect on his job performance? Is a simple "sorry," enough? We'll get our democratic answer this afternoon when the votes come in.

The New York City based gossip blog Gawker picked up the story and sums the whole thing up quite well in my opinion: ﻿"The only reasonable conclusion we can come to here is that everybody involved sucks."

If you're intrigued, The George Street Observer has a report when the story first broke and what to expect come today's 4:30 hearing.