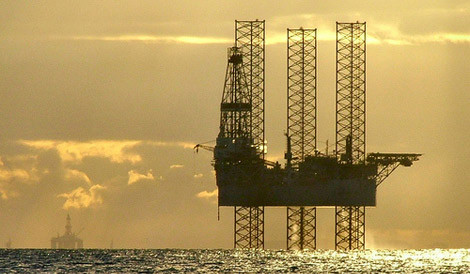 Image by flickr user ccgdImage by 20080620oilrig.jpg Are oil rigs in the future for the South Carolina coast?

As gas prices skyrocket, President Bush this week revisited the idea of ending a moratorium on drilling for oil off the Atlantic Coast. He asked Congress on Wednesday to lift the ban. So what does this mean for the Lowcountry? Well, Gov. Sanford pushing an end to the ban, saying states should make their own rules as far as drilling, it could mean Big Oil coming to the South Carolina coast.

But the point is: Would it really help with gas prices? Well, there are differing views, as ABC News 4 reports:

"Everybody doesn't want it in their backyard, they don't want to see or deal with it, but they also want lower prices," said proponent Rhett Bennett who runs oil and gas company Black Mountain Royalty. He says the practice is not only safe, but out of sight. Most rigs are stationed at least 30 miles offshore.

"You'll probably never know the difference except the price goes down at the pump," said Bennett.

It's a move americans are asking for, but one conservationist Dana Beach says won't happen by digging up resources out at sea.

He believes that's all prices would drop and the change wouldn't be seen for nearly two decades.

"That is an idiotic course of pursuit. It's just idiotic," said Beach.

The Post and Courier ran an editorial earlier this month, urging caution in the renewed talk about offshore drilling. As the newspaper put it, "No question, the rising price of gas will increase the pressure for more domestic production. Any renewed discussion of offshore drilling should be part of the larger energy debate that considers conservation and other energy sources."

The logic goes that newer safeguards drastically reduce the chance of damaging the environment, but with much of the state's water being a vast wildlife refuge, is it worth the risk?

So what will happen? Stay tuned ...