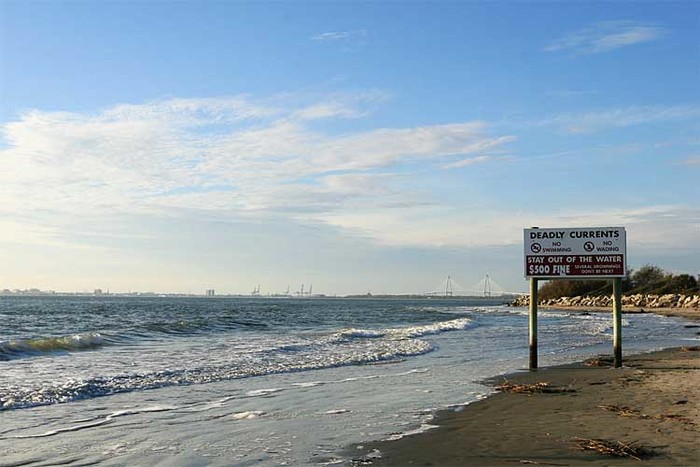 Image by Flickr user TeecNoPosImage by 20090710-beach.jpg Swimming is prohibited at the southern end of the island because currents are so bad -- the woman was last seen near the area after starting a swim at the north end of the island.

Update July 11: The search has been called off.

Update July 10: The Post and Courier writes that a body has been recovered on Folly Beach.

While far from Sullivan's, the currents generally would move the swimmer in that direction -- but authorities are saying they don't think this is the missing woman.

Hope is running out for a 22-year-old woman who went missing near 4 p.m. on Thursday, July 9.

The Coast Guard and numerous local employees were deployed in the search focused near 21st Station on Sullivan's Island.

Sullivan's Island is known for having dangerous currents, and beach goers are cautioned or prohibited from swimming in many areas.

The Post and Courier has a good report on the search efforts, and ABC News 4 has a video report.

Here are some tips on surviving rip currents.