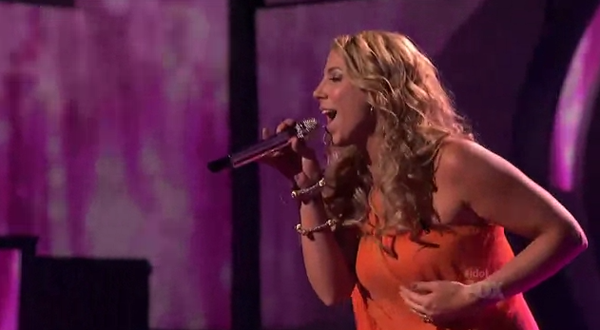 WBTW reports that Testone performed for an hour and a half to a full house at the Wheel Wright Auditorium. You can watch WBTW's broadcast here, which includes a brief interview with the former American Idol contestant.

Additionally, The Sun News has some photos from last night's event.

First Report: Coastal Carolina alumna Elise Testone made a splash in this year's American Idol but fell out of contention as a top 6 finalist.

We reported on all the excitement here.

The New Jersey native earned a degree in music at CCU, where she frequently performed with the late English professor Paul Rice and vocal professor David Bankston, as well as in the POP 101 group and various bands around town.