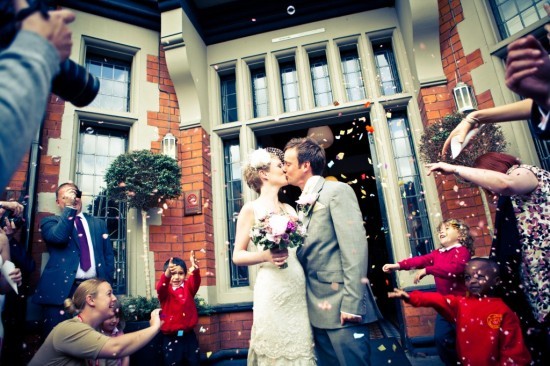 4:15 am on Thursday November 1, 2012 | Posted by
Couple marries all over the world, #MYR upcoming location

Update can be found here

Alex and Lisa are on a journey of a lifetime. Besides just traveling the world for three years they have been getting married in multiple locations during their adventure and one of their upcoming stops is Myrtle Beach.

"For three years we’re going to drive and ship around the globe in our 25 year old camper van ‘Peggy’ exchanging vows in the most unusual and unique wedding locations we can find."

The couple wants to "experience the difference in each ceremony and find out what it is that makes the bringing of two people together such a worldwide tradition" all the while raising money for UNICEF.

The couple isn't getting legally married just yet, but they are having a ceremony in each place and then once they complete their three year journey they'll decide which location was their favorite and go back to and officially get hitched.

MyrtleBeachWeddingExtravaganza.com is planning something special for the couple when they hit the Grand Strand at the end of this month. The site, along with their partners, is planning a world record setting wedding reception flashmob on Wednesday, November 28, 2012.

The Myrtle Beach Wedding Extravaganza is having 5 weddings in 5 days for Alex and Lisa. The final wedding on Wednesday, November 28th will include a world record setting wedding reception flash mob! We will be performing a Flash Mob dance to the song "Dynamite" by Taio Cruz.

The location(s) is still to be determined, but you can keep up-to-date by 'liking' MyrtleBeachWeddingExtravaganza.com on Facebook, and or signing up for Alex and Lisa's Wedding Invite list.

You can also follow Alex and Lisa's wedding adventure by 'liking' them on Facebook and check out their blog on where they've 'tied the knot' so far.