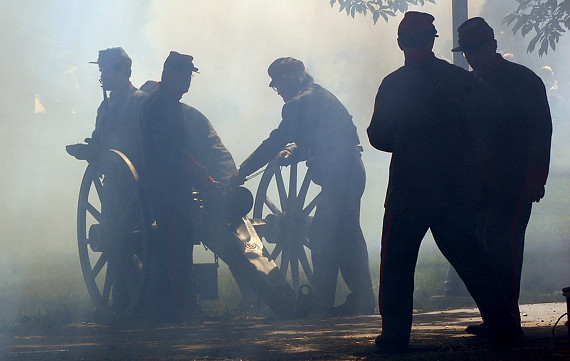 The Post and Courier has an update on the plans that are finally coming together for the celebration here in Charleston of the 150th anniversary of the Civil War.

Naturally, there will be tons of lectures to attend, but to commemorate the first shot fired here on the Charleston Harbor, more exciting events like concerts, art exhibits, films, and a star shell fired by the National Guard.

Hop over to The Post and Courier to read the brief.

How is South Carolina getting ready to commemorate the sesquicentennial? With state funding on the fritz, local groups are stepping in and handling most of the planning.

Some worry that without state funding there will be less of a tourism draw, but Charleston's historical ties to the Civil War are unmistakable. The groups working to commemorate the anniversary plan to include events that will touch every demographic in a positive way.

The State has a piece on the way some of the Southern states are commemorating the Civil War's 150th anniversary.

Just half a century ago, blacks and whites celebrated the day in vastly different fashions. But this year, in many Southern states, the war is being reevaluated and remembered through art, theater, and historical conferences in hopes of unifying the nation's people as one.