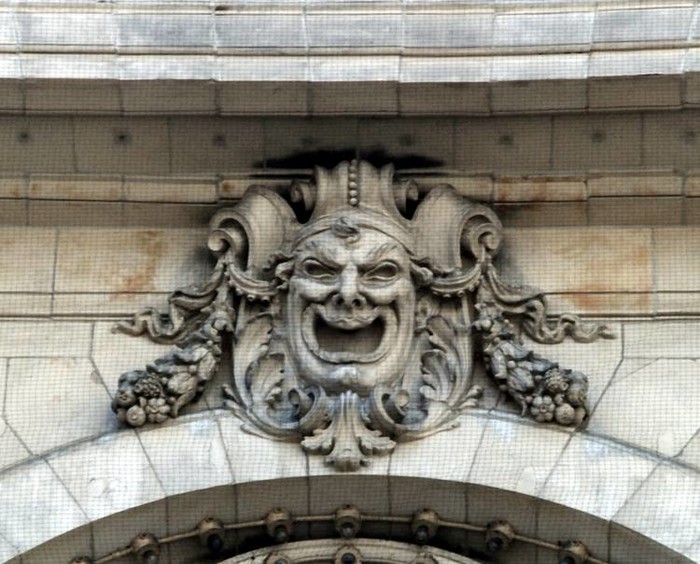 9:52 am on Wednesday July 11, 2012 | Posted by
A whirlwind of stand-up comedy blows through Charleston

Image by From Jim Kuhn, via Wikimedia Commons

Starting on Thursday, August 9th, Charleston is bracing itself to be pummeled by stand-up comedy for a week straight..

That Thursday, Jim Gaffigan will return to the North Charleston Performing Arts Center for "The America Tour." The palest man in comedy made a name for himself by riffing on everyday life, specifically food, and more specifically hot pockets and bacon. His self-deprecating brand of humor, and sidebar impressions of audience reactions, is fun for the whole family. The PAC is located at 5001 Coliseum Drive in North Charleston. Tickets will run you $49.75 and $39.75 depending on your section, and the show starts at 7 p.m.

Friday, August 10th, things get a little uglier. Doug Stanhope is bringing his Big Stink Comedy Tour to the Music Farm. Most folks would know Doug from his stint co-hosting The Man Show, but those that follow his career know him more for twenty years of enlightenment (and nihilism) through inebriation. His wit is acerbic and vulgar, but rings true, in the same way a left hook rings your bell. Some massive fans of his, myself included, see him as the logical, but underground, torch-bearer for where Carlin left off -- the world is burning down around you, so you may as well enjoy it. The Music Farm is located at 32 Ann Street downtown. Advance Tickets are $20 plus fees, doors open at 9:30 p.m., show at 10.

The following Thursday, August 16th, sees Todd Barry, "America's Funnyman" Neil Hamburger, and Brendon Walsh bring so-called "alternative" comedy (an over-used term, to be sure) to the Pour House. Todd has been featured on a plethora of shows and movies, with a recent role of note as Mickey Rourke's deli manager in The Wrestler. His stand-up equal parts subdued, sarcastic, and hilarious. Neil Hamburger, a.k.a Gregg Turkington, is a down-and-out lounge comedian, clinging to multiple liquor drinks as he clear his throat loudly and hurls barbs at celebrities (and the audience). Brendon Walsh, the newest of the bunch, is destined for comedy stardom, mark my words. The Pour House is located at ﻿1977 Maybank Highway on James Island. Doors open at 8:30 p.m. for the 9:30 show, and advance tickets are $18.