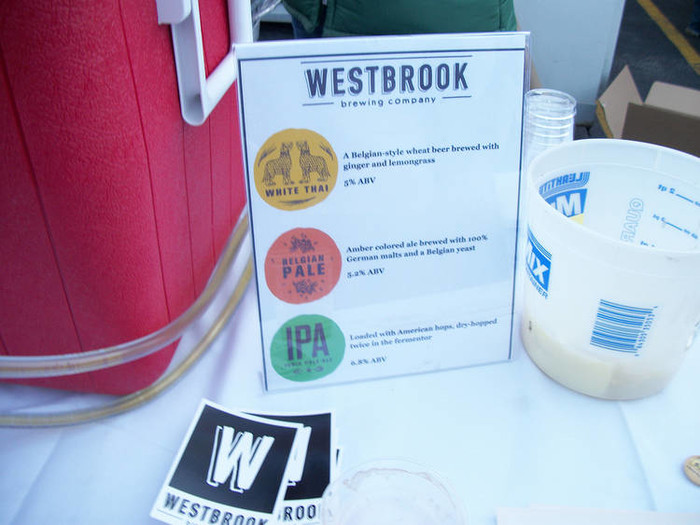 Westbrook Brewing is jumping right into their first beer dinner this Wednesday at 7 p.m. with the Mount Pleasant Mellow Mushroom.

With less than a month since the official launch, this is an ambitious step for the young brewery.  But put in context with the 18,000(ish) square-foot, purpose-built space just off of Long Point Road, making largely Belgian-inspired brews, it's clear that "ambitious" is the name of the game.

According to Westbrook's blog, the five-course dinner will feature the three beers from the recent launch (White Thai, Belgian Pale Ale, and Batch 1 Amarillo Pale Ale), and two newbies.  One is an incredibly fresh Belgian IPA, a fortunate accident resulting from a botched attempt and their regularly-planned IPA, "punished" with massive additions of Cascade, Chinook, and Citra hops.  The other is top-secret, the only detail being that only a single keg of it was produced!

Dinner is set to run from 7 p.m. to 10 p.m., and costs $45 (plus tax & tip).  The Mellow Mushroom in question is located at 3110 Highway 17 North in Mount Pleasant.  Keep an eye on their Facebook page or follow them Twitter at @MellowMtP, or be an old-timer and call them at 843-881-4743 for more info.  Meanwhile, Westbrook Brewing lives at 510 Ridge Road in Mount Pleasant, tweets from @WestbrookBeer, and also loves The Facebook.