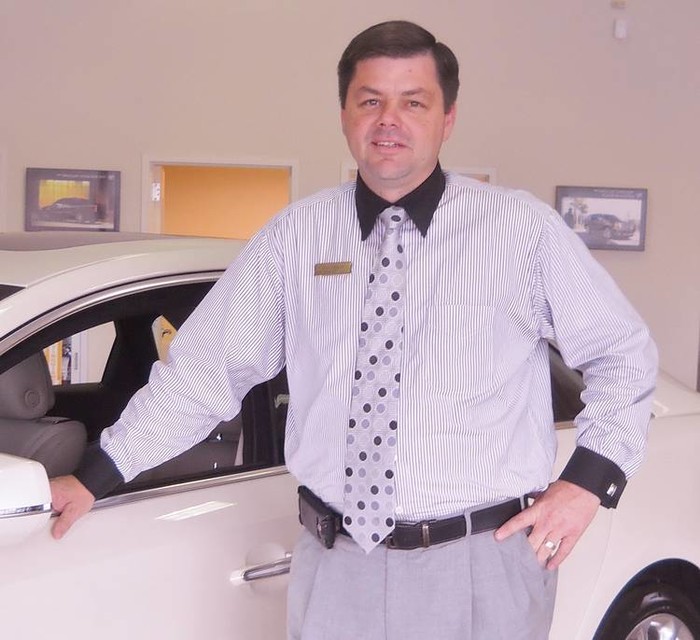 1:28 pm on Tuesday July 17, 2012 | Posted by EmilyTrogdon
Dream comes true for Bill Gibson as he joins the Baker team

Vice President of Baker Motor Company, Bill Gironda said, “Bill Gibson has a stellar automotive background and is the perfect fit for this position. He has such a high level of customer service and we are honored to have him aboard to continue and further Baker Buick GMC Cadillac’s initiatives in sales and customer service.”

The Beaufort native started his automotive career in 1998 at Butler Chrysler Dodge Jeep in Beaufort, S.C. as a sales associate. “It’s funny how my automotive career started. I was a project manager for a construction company, and I had injured my leg. I met Mr. Butler [owner of Butler Chrysler Dodge Jeep] in the office where I was getting physical therapy, and he hired me shortly after. I have been part of the automotive industry ever since, and I love it.”

“It has been a dream of mine to work at Baker Motor Company. I have always admired Baker’s unsurpassed level of service and professionalism. I am honored to be able to carry out their strong customer service initiatives at the new Baker Buick GMC Cadillac dealership.”

After living in Beaufort for majority of his life, Gibson and his wife, Ester, now reside in Charleston, S.C. They met when they were in high school, and then later reconnected in August of 1999 at the Beaufort Water Festival. They have been together ever since and have five boys together: Andrew, 21; Danny, 19; Joseph, 11; Joshua, 4; and Benjamin, 2. Gibson looks forward to serving Charleston residents with superior customer service as general sales manager at Back Buick GMC Cadillac.