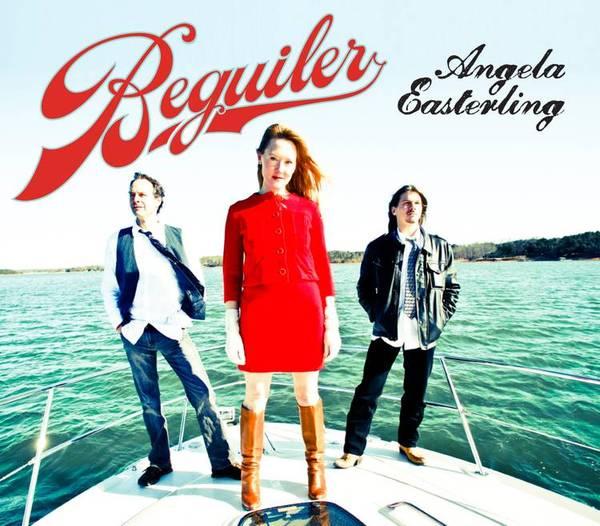 The annual StreetMusic on Paris Avenue performances return to Port Royal starting Satrday, May 12, and run every other Saturday through June 23.

All the music events are free and take place in the heart of old Port Royal, the rain location for is the Shed across from City HallStreet.

Saturday May 12 at 6:30 p.m. The GrooveTones
"With the addition of swingin' piano man Tommy Beaumont, this South Carolina blues/rock outfit (yes, it used to be a trio) has been tearing things up at one club after another between here and Charleston. The band's ace in the hole is guitarist Bill Luebke, who cut his teeth on Cream-era Clapton, Jeff Beck and Johnny Winter. Luebke has been playing for 45 years and has a frightening mastery of the heavy-bending Stevie Ray Vaughan sound. He's also a master luthier (he makes guitars). Bassist Tony Reyes has a throat-shredding Texas blues vocal style (nods to Winter and Vaughan); veteran drummer Greg Gresham was schooled in big band and jazz fusion, which gives his groove-laying, heart-skipping beats a heavily syncopated and funky edge." Bill De Young - Connect Savannah ~ Click Here to Hear their Music and Click Here to Learn More About this Fabulous Band.

Saturday May 26 at 6:30 p.m.  Angela Easterling and The Beguilers
Angela Easterling was raised in the South Carolina foothills of the Blue Ridge Mountains. Much of her childhood was spent on the Greer, SC farm that has been in her family since 1791, seven generations. She embraced her heritage in a big way as a writer and an artist on her debut album, "Earning Her Wings", chosen as "Americana Pick of the Year" by Smart Choice Music. Her second album, "BlackTop Road", produced by Will Kimbrough, was released in July '09, landing in the top 5 for adds to the Americana radio charts and debuting on the Americana top 40 chart in September, where it remained for 7 weeks. She was selected for an official Americana Convention Showcase and also named a 2009 & 2010 Kerrville New Folk Finalist and a 2011 Telluride Troubadour. Roger McGuinn, founder of the Byrds, called her "a bright shining star on the horizon!" and went on to say, "Her gift is so special. Her CD BlackTop Road brought me back to the time the Byrds recorded "Sweetheart of the Rodeo" - tradition meets youthful exuberance."Click Here to Hear Her Music and Click Here to Learn More About this Amazing Rising Star

Saturday June 9 at 6:30 p.m. HavanaSon
Back after a long hiatus from StreetMusic! Cuban native Rene Herrera is a seasoned veteran of Cuban symphonies and bands, recording artist, and accomplished composer and arranger. His wife and partner Llilian Herrera uses her background in classical music in concert with her Cuban roots to create an intoxicating and soulful sound of her own. Havana Son plays authentic Latin rhythms such as Salsa, Merengue, Son, Cha Cha, and Boleros. They play traditional and modern styles of Latin Music the way you would hear them in their respective countries. They surpass their goal of giving young and old alike the real flavor of other cultures through their Latin rhythms and melodies, and leave audiences dancing in the aisles - just as they would in the isles. Click Here to Hear Their Music and Learn More About this Special Band.

Saturday June 23 at 6:30 p.m. Webb Wilder and The Beatnecks
Hardly a purist, he has described the music he and his band, The Beatnecks, make as, "Rock for Roots fans and Roots for Rock fans." In essence: Rock and Roll. There's nothing new about combining R & B, Rock and Roll, Country, Blues, Pop and Rock. The Rolling Stones and the Beatles proved that it can yield marvelous and diverse results. I said he wasn't a PURIST. I didn't say he wasn't very PICKY about the quality of the music. That includes everything from the sonics of the recordings, the choice of players, the influences he draws on, the songs he chooses to cover, or how attentive he is to the craftsmanship of his own songs. The Associated Press described the band's music and stage performance as "a glorious amalgamation of grunge chords, killer grooves, Screamin' Jay Hawkins theatrics, a healthy sense of humor, and great pop melodies." It's "full of wit and personality, and devoid of technological or conceptual gimmickry," added the Houston Post. Webb Wilder is an evangelist for real Rock 'n' Roll. As a singer, guitarist, bandleader, film actor, songwriter and humorist, he may be roots-rock's only true Renaissance man. "Work hard, rock hard, eat hard, sleep hard, grow big, wear glasses if you need 'em." --- The Webb Wilder Credo --- Click Here To Hear His Music and Learn More About this Musical Legend﻿﻿