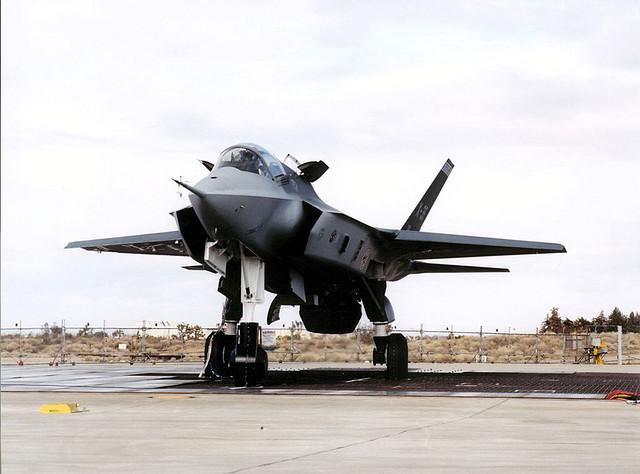 Update December 11: A quick note to point out Patrick Donohue's report in The Island Packet that once the government goes all-in on the F-35B facilities in Beaufort some $352 million will have been spent.

Update December 7: While the construction of F-35B launchpads and hangars in Beaufort will certainly play a significant role in the nation's defense, it's also already playing a huge role in another national front.

Namely, the debate over how serious the Corps is about getting the plane in that they're moving ahead with a multi-million dollar project for a plane that may never go into mass production.

The Marine Corps Times has a nice report; take a read here.

Update September 2: The Island Packet has the official coverage of yesterday's ground breaking; you can check it out here.

Update September 1: The groundbreaking out at MCAS Beaufort was held this morning with all of the pageantry﻿ that you'd expect.

The Beaufort Regional Chamber of Commerce posted a few photos of the groundbreaking to its Facebook and Twitter accounts; check those out here.

Reported August 29: A $70 million project to prepare the Marine Corps Air Station Beaufort ﻿for the forthcoming F-35B is set to commence with a groundbreaking on Thursday.

The project is set to be the first of many that will represent some $350 million in changes to the base built in 1943.

For more info I'll point you to The Island Packet's report and previous coverage of the contract.

If you haven't been following, know that the F-35B was set to be a big win for the Marine Corps Air Station Beaufort but the plane has been struggling to clear testing.