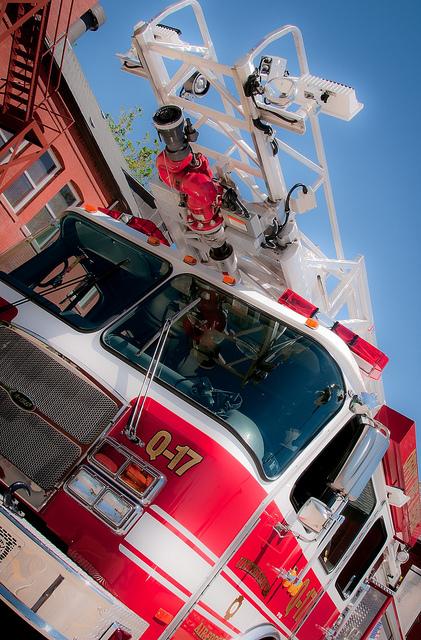 7:54 am on Saturday October 1, 2011 | Posted by Ken Hawkins
City of Beaufort: Drop the lawsuit over the fire engine deal

In August the Okatie-based Palmetto Fire Apparatus﻿ filed a lawsuit against the City of Beaufort after it turned away from a deal to sell one of its old fire endignes.

(Sharp readers will recall that the city switched to new, smaller trucks to handle most calls.)

That deal was expected to be completed in the $300,000 to $400,000 range, but the city is saying it never promised anything and is asking the courts to drop the lawsuit.

Below are details from a press release.

Palmetto Fire Apparatus LLC made unauthorized claims about the immediate sale availability of Beaufort's Tower 1 fire truck and knew the equipment couldn't be sold without approval by the Beaufort City Council voting in open session, Beaufort city officials said this week in a legal response to Palmetto Fire Apparatus's lawsuit.

In entering an agreement with the Beaufort Fire Department to market the fire truck, the Okatie-based company had been informed repeatedly that City Council hadn't approved the sale and that Fire Chief Sammy Negron simply was checking the market for such a truck.

By failing to share those facts with prospective buyers, the company breached its duties to its client, the Beaufort Fire Department. The legal doctrine of "unclean hands" bars PalmettoFire Apparatus from winning its lawsuit because it acted in bad faith by misrepresenting terms of the possible sale, Beaufort's response states.

"This case is without basis, without merit and without foundation, and we are asking the Court to dismiss it," Beaufort City Manager Scott Dadson said.

The suit claims the company was hired in May to help market and sell Beaufort's 1998 Pierce Tower truck, known as "Tower 1." If they could sell the 100-foot ladder truck for more than $300,000, the company would be entitled to part of the proceeds as commission, the lawsuit said.

In June, Negron met with Beaufort City Council and shared the department's proposed annual budget and sought permission to sell Tower 1. Money from the sale would be used to buy a new fire truck with a 75-foot reach and smaller turning radius more suitable to fighting fires in the historic downtown and other neighborhoods, he said.

The City Council approved the Fire Department budget in June, including the proposal to sell the truck.

Further, and contrary to the lawsuit, the company never had a contract from Port Wentworth, Georgia, or any other entity to buy Beaufort's fire truck. The Port Wentworth Fire Department lacked authorization from its city council to enter into any fire truck purchase, and never allocated funds to buy such a truck, Beaufort said in its response, filed Wednesday in Beaufort County Court of Common Pleas.

Throughout the conversations with Palmetto Fire Apparatus LLC, Chief Negron repeatedly said that no Beaufort firefighting equipment could be sold without the express approval by Beaufort City Council, by vote in open session, the city said in its response.