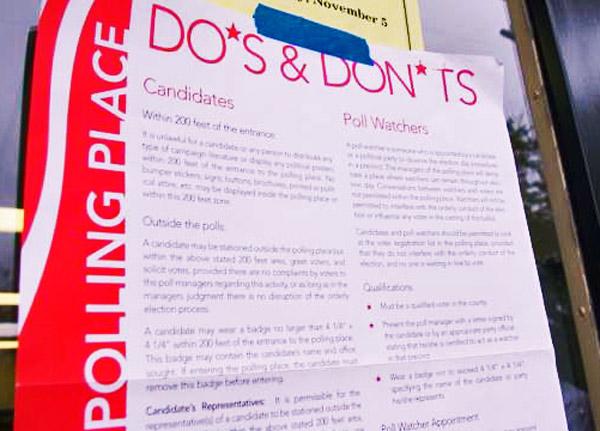 1:55 am on Saturday January 21, 2012 | Posted by Ken Hawkins
Primary day is here for South Carolina, here's what you need to know

You've been a good sport, sludging through loads of pre-primary coverage. But at long last the end is here: primary day, Saturday, January 21.

Voters across South Carolina will head to the polls to nominate their Republican pick for the general election in November — and they'll be picking from a ballot of nine, although only four candidates remain in the race.

And of those four, the once favorite Mitt Romney has given up his one-time 40% leading position to Newt Gingrich, who now leads Romney 37% to 28% in the most recent polling.  ﻿

Polls will be open from 7 a.m. to 7 p.m. today, and anyone in line at 7 p.m. will be allowed to vote. However, your standard precinct may not be open for this "mini-election", if in doubt, you can look up your polling place here.

And while you should bring your voter registration card or state-issued photo ID, know that controversial photo ID law has been denied for South Carolina.

Also, South Carolina does not have registration by party and the presidential primary is open to all registered state voters.﻿

And as the clock winds past 7, you can tune in for results over here.

After tonight, even before the polls close, any candidates still in it will be headed down to Florida for the January 31 primary.

Remember: voting is great, informed voting is even better. And if you're fuzzy on the stances of the politicians, The Post and Courier﻿ has a nice roundup.