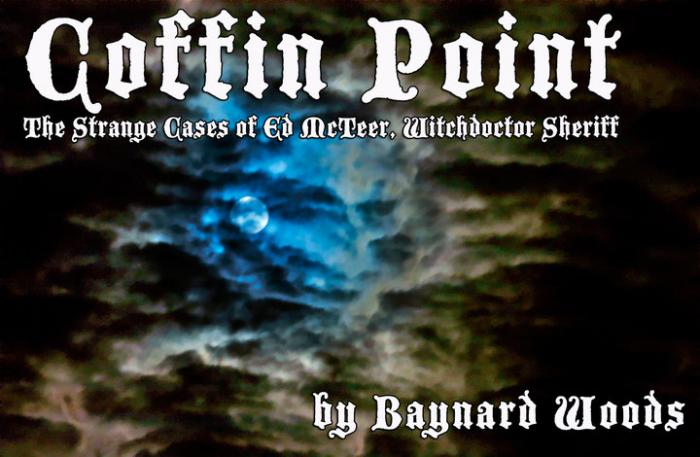 7:17 am on Monday December 6, 2010 | Posted by
New book tells the story of Ed McTeer, Witchdoctor Sheriff

Here's a great idea for a stocking stuffer if you can get it in time before Christmas: a new book about one of Beaufort's most famed lawmen - Ed McTeer.

Here's the book's synopsis on Amazon.com:

Ed McTeer was the sheriff of island-bound Beaufort County, South Carolina, for 36 years. The "Boy Sheriff" was only 22 when he was appointed to finish his dead father's term in 1926; he held the office until being voted out in 1962. During that time, McTeer dealt with syndicate rum-runners, voodoo-inspired murderers, mannered Southern politicians, civil rights pioneers, and local root doctors--and in doing so became more than an ordinary lawman. After an epic battle with the locally infamous Dr. Buzzard, McTeer, a white man, claimed he was the "last remaining tie to the true African Witchcraft." Using his own brand of voodoo to help govern the largely African American county, McTeer never had to carry a gun during his long tenure. After losing office, he became a full-time practitioner of the dark arts, revered by the community at large. Collector of curios, historian, poet, raconteur, and voodoo doctor, McTeer was most assuredly a man of his times and an American original. In Coffin Point, Baynard Woods mixes stories and first-hand accounts from McTeer's friends, enemies, and family with archival research and critical readings of McTeer's own books in order to conjure the charismatic sheriff and the bygone world he inhabited. The enthralling, sweeping story reads like an episodic novel, shedding new light on the relationship between power and belief, and demolishing the beleaguered stereotype of the rural Southern lawman.

The book appears to be a hit as it's already sold out on Amazon. According to a fan page dedicated to the book on Facebook the author expects it to be back in stock on Amazon and Barnes & Noble soon. But if you need one immediately you can email sales@rivercitypublishing.com

You can click here to listen to Woods talk about his adventures in writing about McTeer.

Update December 9: The Island Packet has added their own bit on the book,