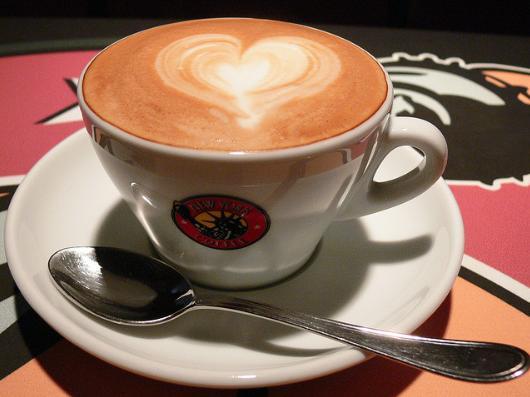 Update, November 30: Your friendly reminder that today is last call, then they're done.

First reporting: Looks like another Beaufort-area business will be shutting its doors. This time it's Caffino, the drive-thru coffee spot on Boundary Street.

Here's what's been posted on the business' window:

It is with great sadness that we must announce the closing of Caffino on Tuesday, Nov. 30, with limited hours after Thanksgiving. In the wake of a difficult economy and the emergence of brand name competition, we are longer able to maintain our business.

While we never like to see a locally-owned business go under, I can't say this one comes as a huge shock, particularly after the February opening of Dunkin Donuts just up the road.

Still, it seems despite the "brand name competition" Caffino, which opened in 2007, has been able to maintain a loyal following for the past several months. It also should be noted that Caffino's owners have given back to the local community (military and nonprofits) on several occasions. But apparently that following just wasn't enough.

So if you have something you particularly like at Caffino, better get it this month.

Afternoon update: Hate to be the bearer of bad news, but later in the day we also reported that Bistro Patois in Habersham also has closed. You can read that story here.